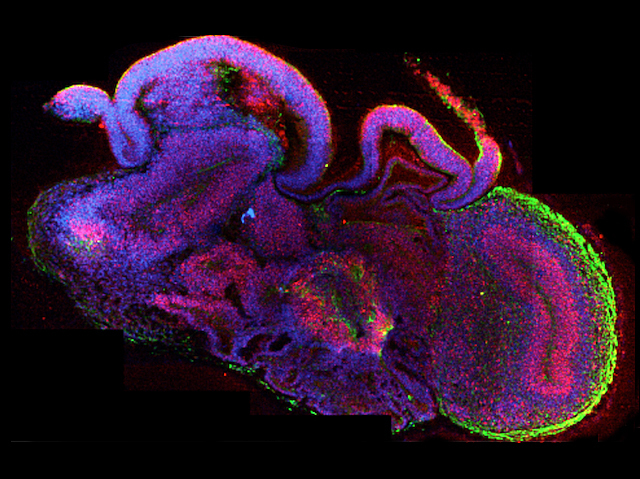 With all its folds, bumps and layers, you might think that this picture is an image of a brain. But unlike a brain that’s been grown inside a foetus in the womb, this one was grown in a dish in the lab. In order to shed light on the mysterious and hidden processes of brain development, researchers have developed a way of growing neural stem cells into three-dimensional ‘minibrains’ (more formally known as cerebral organoids), around the size of the eraser on the end of a pencil. Left to their own devices the stem cells will automatically grow into many of the same structures and tissues that are found in a real embryonic brain, although they can be haphazard and disorganised. By providing biological ‘scaffolds’ in the form of tiny polymer fibres, scientists can coax the cells into specific arrangements that more accurately reflect the earliest stages of brain development.