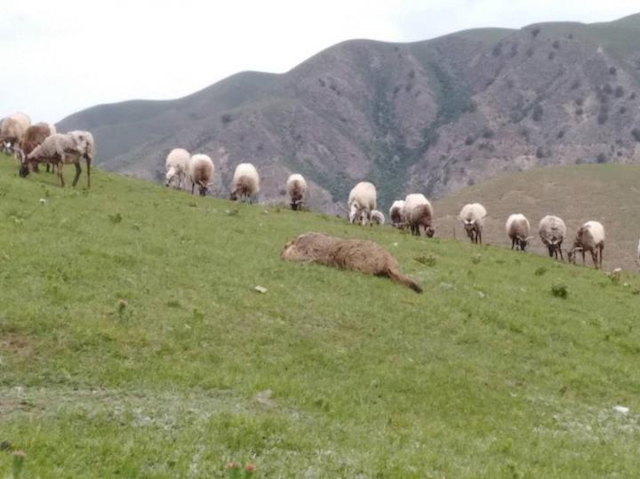 If you ever end up on a wildlife safari in central Asia, then watch out for Himalayan marmots – especially if they’re suspiciously still like this one spotted lying dead in a field in the Qinghai-Tibet plateau. As well as being the highest plateau in the world, it’s also one of the region’s highest risk areas for plague caused by infectious Yersinia pestis bacteria (the same bugs responsible for the Black Death), which is responsible for killing this poor rodent. Alarmingly, researchers have now discovered that Tibetan sheep can catch plague bacteria from dead marmots – maybe by licking them to extract extra nutrients or from fleas – and can also transfer them on to humans. Since the first marmot with plague was identified in 1954, there have been nearly 500 human plague cases and 240 deaths, suggesting that this is a significant route for transmission of the disease and needs further investigation.