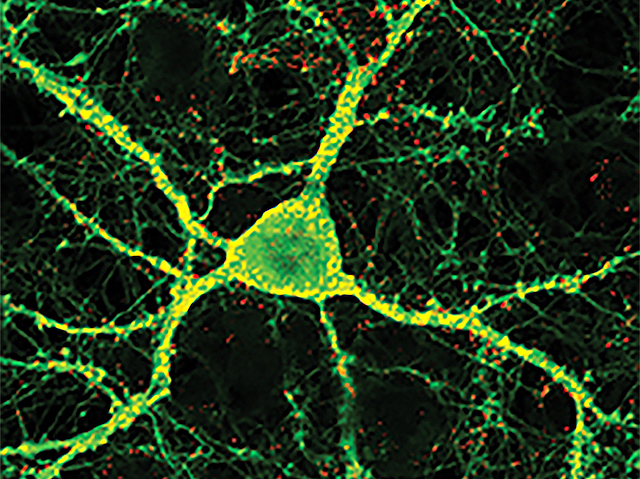 A protein called neurogranin is involved in making memories

Will you remember seeing this image in a week’s time? If you do, it’ll be because right now new proteins are being made at lightning speed in your brain. Protein production is a key part of memory formation. To identify precisely which ones arise, and how quickly, researchers introduced mice to new places and observed how proteins were formed in the brain region called the hippocampus. They found that a particular protein, neurogranin, was boosted in mice that’d formed new memories (newly produced neurogranin shown in red/yellow, background levels in green) compared to those that hadn't. And if new neurogranin formation was blocked, they found that mice didn’t remember the new experience, and that the production happens very quickly. Several mental disorders are linked to problems with neurogranin and proteins involved in its production, so in addition to revealing secrets of memory formation, these findings might hint at new potential treatments.