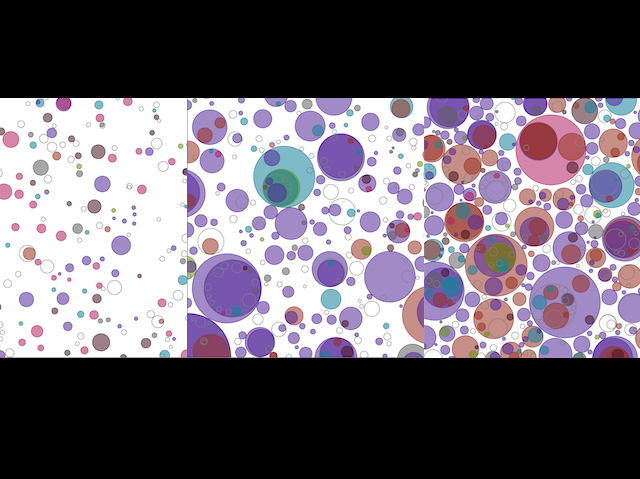 Gene mutations increase with age but don't necessarily cause cancer

These aren’t the latest patterns from a trendy designer – they’re actually visual representations of genetic changes (mutations) in patches of cells. It’s long been thought that cells carrying certain mutations will turn into cancer, but new sensitive DNA-reading techniques have revealed that a significant proportion of apparently normal tissue contains mutant cells. Each panel represents a small section of tissue from the food pipe (oesophagus), taken from healthy people aged 25–30 (left), 50–55 (centre) and 70–75 (right), and every coloured circle represents a small colony of cells that all carry a particular cancer-causing mutation. Strikingly, the proportion of mutated cells increases significantly with age, yet they all still look and behave like normal cells. The discovery flips the idea of cancer development on its head: rather than figuring out how mutations trigger cancer growth, researchers now need to figure out why so many of these damaged cells don’t become cancerous.