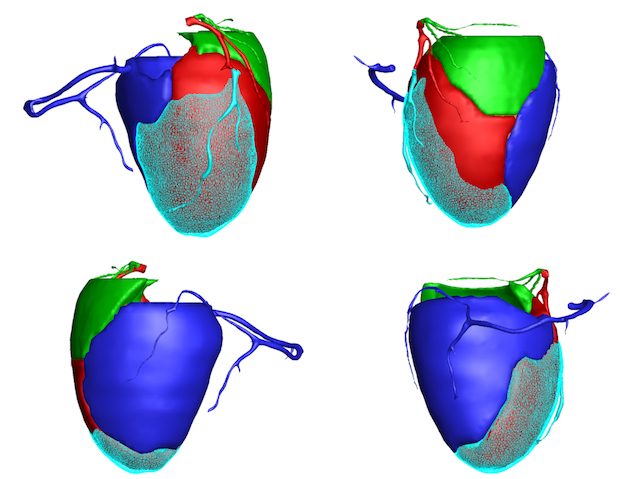 Narrowing of the coronary arteries supplying blood to the muscles of the heart is bad news, leading to a heart attack if the blockage is severe enough. In order to find out whether someone is at risk of a heart attack and would benefit from a procedure to unblock their arteries, doctors use a technique called fractional flow reserve (FFR), where a small wire is passed into an artery to measure how much blood is getting through. However, this test is invasive, costly and time-consuming, so doctors often turn to a less reliable but non-invasive imaging technique known as angiography to work out what’s going on. Now researchers have developed a way to improve angiography by using a type of artificial intelligence called machine learning, analysing hundreds of images and generating computer models like the ones shown here to predict the blood flow within the heart and spot potential problems.