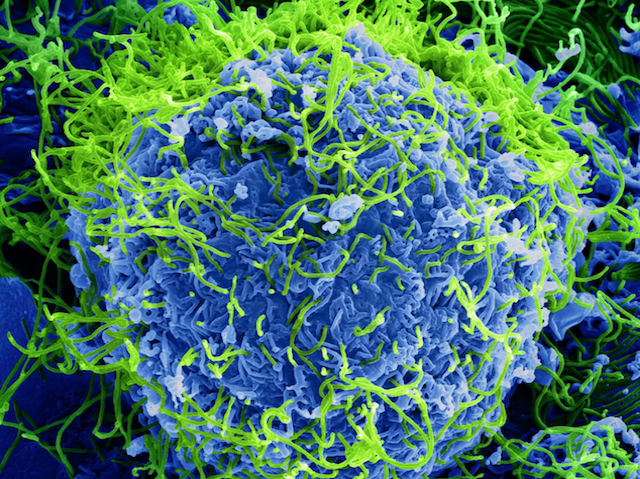 New clinical trial of Ebola treatments in the DRC

In the Democratic Republic of the Congo, the current outbreak of Ebola virus – shown here coloured green attacking a human cell (blue) – has infected nearly 500 people and killed approximately half of them. While the outbreak is nowhere near the scale of the 2014–2016 outbreak in West Africa, which killed more than 11,000 people, it’s the worst in the country’s history and it’s not over. Indeed, cases of the disease have recently been reported in Butembo, a city of more than a million residents. Unlike the earlier West African outbreak, however, there are some promising, albeit largely untested, clinical interventions available. A new vaccine is being widely deployed, for example, and, for people already infected, trials of novel treatments – including monoclonal antibodies and an antiviral drug – have recently begun. Now, it’s a case of waiting to see whether any of these approaches are effective and whether lives can be saved.