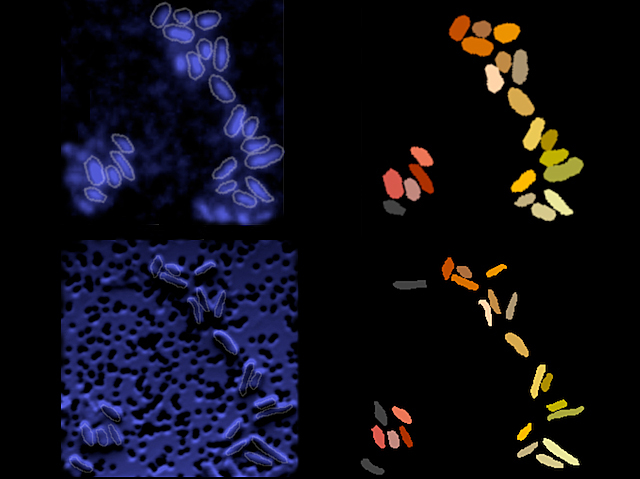 These little blobs are individual E. coli bacterial cells, which have been growing in sugary nutrient broth. They’re all genetically identical, so they should all be exactly the same. According to the panels on the left, showing the bacterial DNA (top) and outward appearance (bottom), there are no differences between them. But a closer look reveals that there’s something strange going on inside these little bugs. The bacteria are being grown in broth that contains two sugars – glucose and arabinose – which require different genes to be switched on in order to ‘eat’ them. The cells have been highlighted using coloured markers that reflect which sugar they’re feeding on, with cells using most glucose coloured red and those using most arabinose in green. It appears that even these seemingly indistinguishable bacteria have their own individual characteristics, providing insights into how differences in gene activity can arise from genetically identical cells.