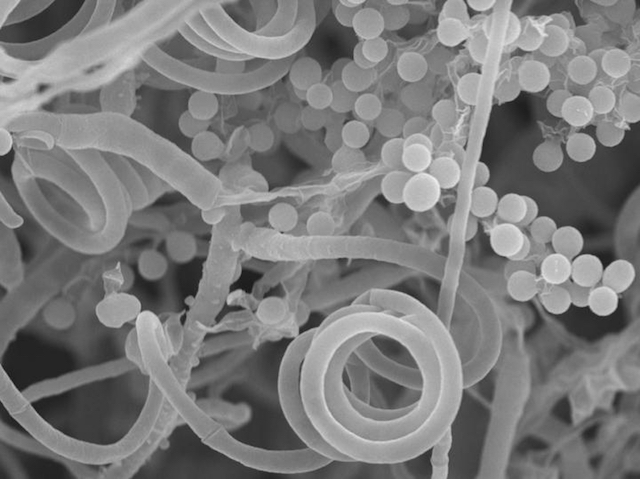 There's nothing sexy about toenail fungus (pictured) and, unfortunately for these microbes, that's literally true. Research indicates that these feet-loving fungi, Trichophyton rubrum, might be entirely asexual. The problem is, if members of a species aren’t getting down to business, that species is ultimately doomed. While humans always reproduce sexually, many organisms have both asexual and sexual modes of reproduction. Because asexual reproduction requires less energy and no mate, many species rely on it a lot. And, in a few very rare cases, a species can lose its sexual reproduction altogether. Without genetic variation – the purpose of sex – such species are at great risk of extinction. So it’s bad news for T. rubrum, but good news for humans who suffer the scourge of this pest. Since the fungi are all so genetically similar, any newly developed drug that cures one infection, should work against all others.