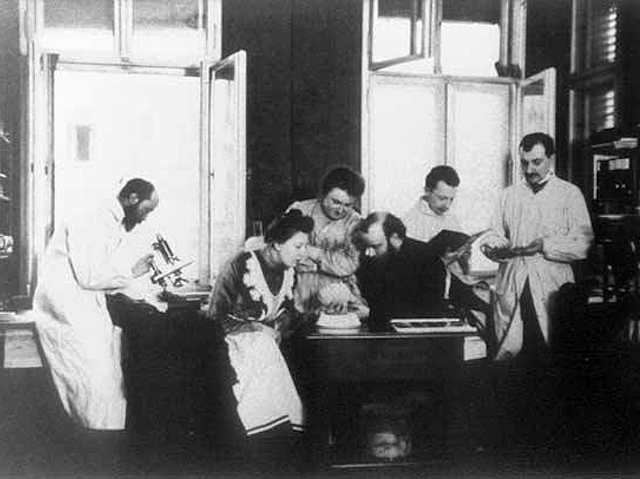 Cécile Vogt helped to pioneer the study of neuroanatomy in the 20th Century. Born in France to unmarried parents, she rebelled against convention from an early age. Turning against religious education, she was tutored privately and joined medical school in Paris at a time when less than one in ten medical doctorates were presented to women. While there, she met a German psychotherapist, Oskar Vogt (here with Cécile at the front of the group), who shared her fascination in neuroanatomy. At first unable to speak each other’s languages, they later married and moved to Berlin. Although the Berlin establishment was against female medics, Cécile worked with a team of women technicians to study brain structure and function. She found that changes to the structure of a brain region called the striatum are associated with paralysis in a condition that became known as Vogt's disease. In the 1920s, Cécile declared that her research showed no differences between the brains of men and women.