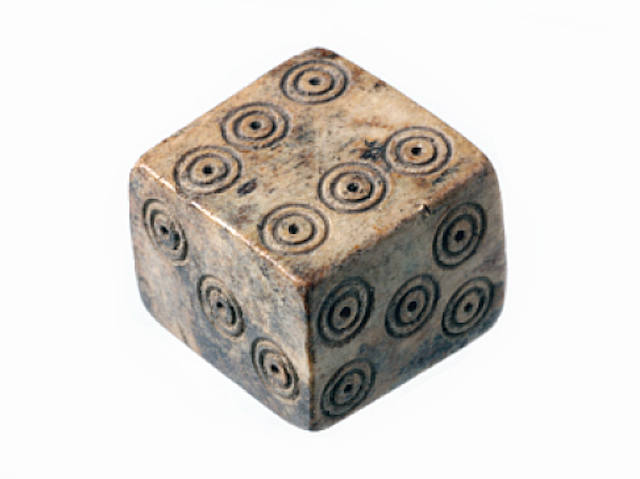 In amongst the arrow heads and jewellery found in buried settlements, archaeologists often find a small handful of dice. Nearly 2000 years old, this Roman die (found in the Netherlands) is made of carved bone, but dice have been found in different materials, different sizes, and with different styles of dots or 'pips'. Researchers believe dice have evolved. The journey towards today’s boringly identical dice may have started with the understanding that dice are governed by chance, rather than fate – if dice are the same, games are fairer. Brain scans using magnetoencephalography show that humans recognise the magnitude (the value) of numerical digits using similar patterns of brain activity to spotting pips on a die. Today’s standardised dice could provide a crucial tool in comparing how injured brains recognise magnitude, or in studies of how developing brains learn to play, or play fair.