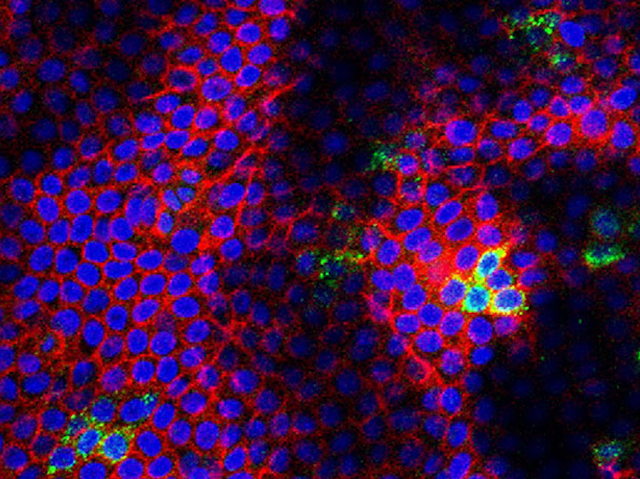 Since the major outbreak in Brazil, mosquito-borne Zika virus has become a global health concern, particularly for its links to a form of abnormal brain development in newborn babies, known as microcephaly. Although Zika was known to science since 1947, its harmful effects on foetal development went unnoticed until the most recent epidemic. Scientists are now concerned that other little-studied viruses could have similarly unsuspected impacts. Tests in pregnant mice suggest that two more flaviviruses, closely-related to Zika, can fatally infect foetuses through the placenta: West Nile virus (shown in green, in human placental tissue), passed from infected birds to humans via mosquitoes, and Powassan virus, transmitted by tick bites. Both caused the loss of over 40% of foetuses in infected mothers, suggesting that they could be dangerous for pregnant women too. Greater awareness of these risks should help prepare for the consequences of potential outbreaks in the future.