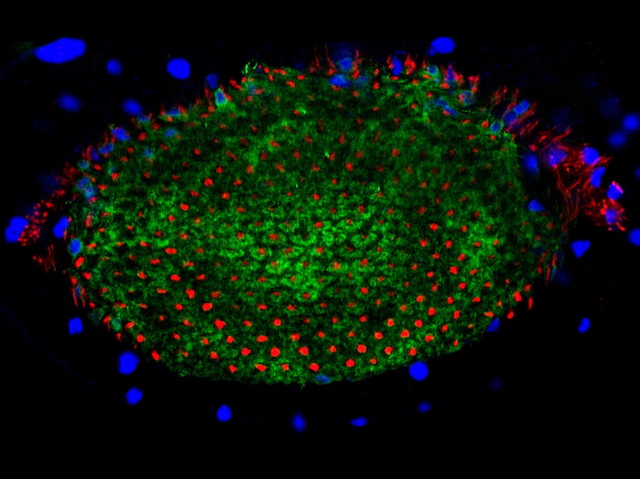 Think of the brain and you might think of long-tailed nerve cells wired together like electrical cables. But there are plenty of other cells that play a vital supporting role too. One group is astrocytes, which were originally given their name due to their star-like shape. They can be seen in action in this image showing a part of the visual system in the brain of fruit fly known as the medulla. As you might expect there are plenty of nerve fibres running through it, highlighted with a red fluorescent dye. But there’s also a constellation of elaborately branched astrocytes, coloured green, which support the nerve cells and help to maintain the medulla’s organised structure. By studying the genes that control the development of this precise arrangement, researchers are starting to understand more about the roles of these different cell types and how they come together to build a brain.

This image and research features in the free exhibition Deconstructing Patterns at The Francis Crick Institute in London, open until December 2018