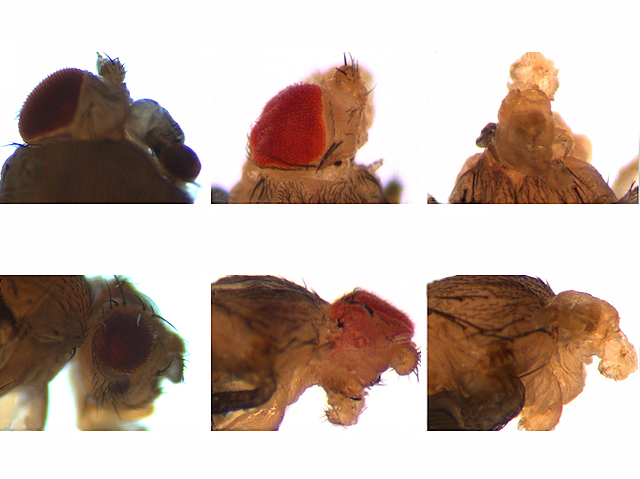 The Headless Horseman is an ancient myth telling of a spectral figure who sweeps through the countryside in search of his missing head. Somewhat less dramatically, the panels on the right show headless fruit flies – and they’re real rather than ghostly. These insects are genetically engineered to carry modified versions of genes called toy and teashirt that are inactive if the flies grow from embryo to adult at high temperatures. Without them, the fly’s eyes, antennae and head structures fail to form, leaving them with little more than a stump. Embryos grown at a lower temperature (middle and left-hand panels) can activate enough toy and teashirt to partially fix the problem, producing at least one eye and some other structures. By studying these headless flies, researchers are understanding more about the fundamental processes at work in all animals – including humans – as genes and cells work together to build a body.