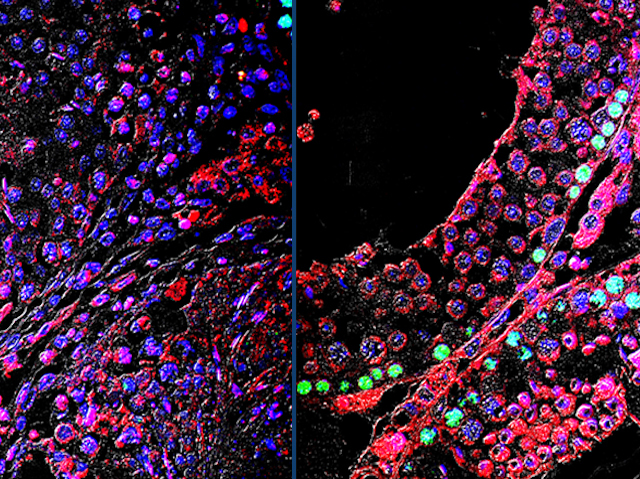 The rise of Zika virus has caused global concern. Though rarely life threatening, Zika can have severe impacts on the unborn during pregnancy, and while vaccines are being developed, novel approaches to contain it are needed. It’s best known as a mosquito-borne disease, but Zika can also be sexually transmitted, as it takes hold in the male testes. Research shows that its impacts on testes are partly caused by oxidative stress (an imbalance of particular oxygen-containing molecules). A study looked at what effect ebselen – an antioxidant – might have combatting this stress, and found it both reduced testicular damage and prevented sexual transmission. The testes of mice infected with Zika (left) showed very few potential sperm cells (green), whereas they were plentiful in the recovering, treated mouse (right). Ebselen is being tested in clinical trials for a range of diseases – perhaps Zika should be next on the list.