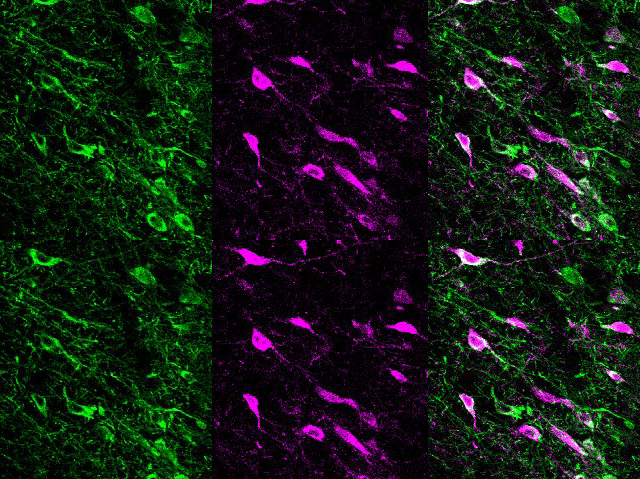 For International Women’s Day, we are featuring an image from Michelle Kokkinou, a Postdoctoral Research Scientist in the Psychiatric Imaging group at the LMS

Ketamine – a powerful anaesthetic that’s also used as a recreational drug – is known to induce psychotic effects in humans. However, recently it’s been shown to also have rapid antidepressant effects. Understanding how ketamine works in the brain is therefore of great interest to neuroscientists. A new tool named DREADDs – receptors that are genetically engineered into mouse brain neurons – now allows certain neuron activity to be controlled by giving the mouse a specific ‘designer drug’. A team from the LMS are using DREADDS to understand whether ketamine’s effects in the brain and on behaviour rely on the neurotransmitter dopamine, key to reward-motivated behaviour. By specifically inhibiting dopamine neurons they can accurately and precisely manipulate them in the presence of ketamine and so analyse their association. Here, co-expression (white, right hand panel) of inhibitory DREADDs (pink, middle panel) is seen in dopamine neurons (green, left hand panel).

To meet the woman behind this image and two other BPoD-featured female LMS researchers, check out The Women Behind the Images - #IWD2018 article on the LMS website 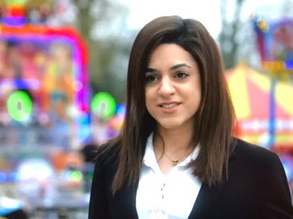 Michelle is a Postdoctoral Research Scientist in the Psychiatric Imaging group at the LMS. Her work is focused on finding mechanistic explanations of how ketamine influences the brain and behaviour.