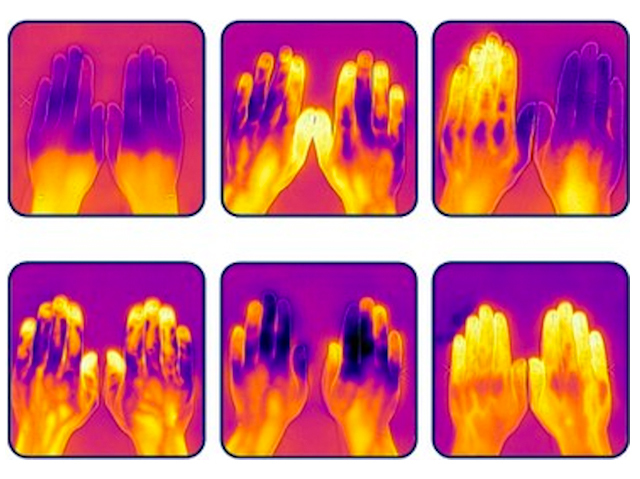 As a kid, I was always amazed that my Dad could go gloveless in Winter, while my Mum and I suffered numb fingers even when wearing wooly mittens. Women tend to feel the cold more than men – we’ve all heard of duvet-stealing wives, and jumper-borrowing girlfriends. But, proportionally, women also tend to have more body fat. The popular assumption was that fat is a great insulator. Well, according to science, it isn’t. A recent study that involved plunging the hands of volunteers (pictured) into freezing water and then imaging them with a thermal camera revealed that people whose bodies contained proportionally more muscle mass were actually more likely to be gold fingered (warm) than cold fingered (purple), irrespective of weight and height. So, with snow still covering much of the UK and beyond, never has there been a better excuse to hug someone muscular.