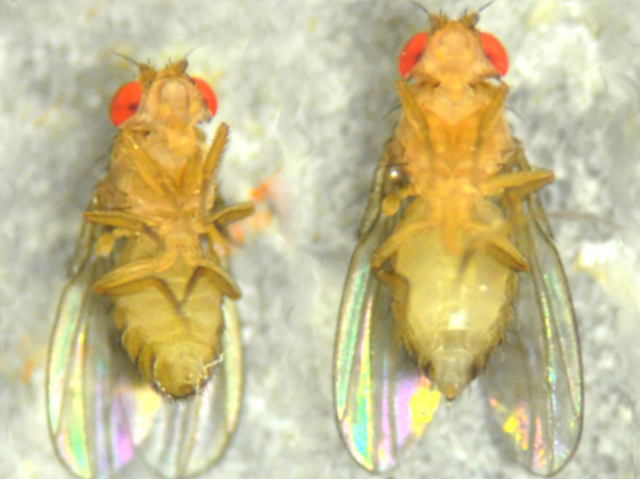 It’s not hard to spot the difference between these two fruit flies. The one on the left is the normal size a fly should be, but the one on the right has a fault in a gene that makes it grow unusually large. The researchers who discovered the gene have named it Fezzik, in a nod to the gentle giant in the film The Princess Bride. Fezzik usually keeps a lid on growth, but the brakes come off when the gene is missing or damaged. It’s one of a number of genes involved in controlling growth, and subtle variations in these genes or the genetic ‘switches’ that control them have a big influence on size and shape. Genetic variations in Fezzik and its control switches between flies from various parts of the world contribute to subtle differences in their size and strength – although a giant fly is fortunately still small!