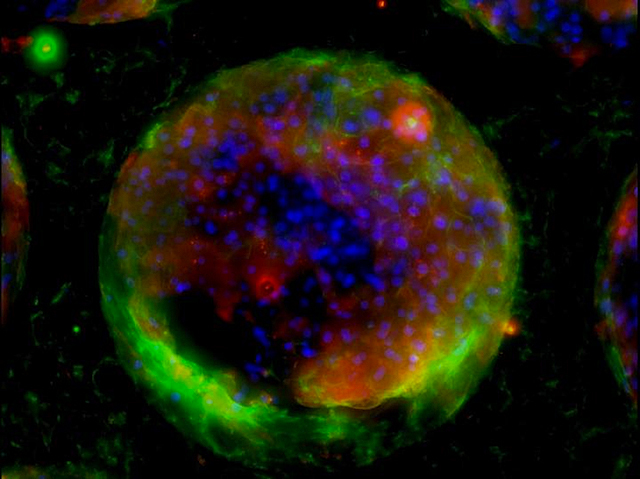 When scientists are developing a new drug for use in humans, they need to know whether it’s effective and safe. Early stage experiments can be done using cells grown in the lab, but at some point researchers need to scale up and see what happens in a living animal. However, even the best-designed animal experiments may not fully mimic what happens inside the human body as a disease takes hold or a drug takes effect. This round ball of cells (blue spots) is a human ‘liver on a chip’ – a miniature artificial organ designed to study diseases and drugs in the lab. Here it’s being used to investigate what happens during infection with hepatitis B virus, which affects more than 250 million people worldwide and is currently incurable. These artificial livers respond to infection in the same way as real human organs, replacing animals in tests of lifesaving new treatments.