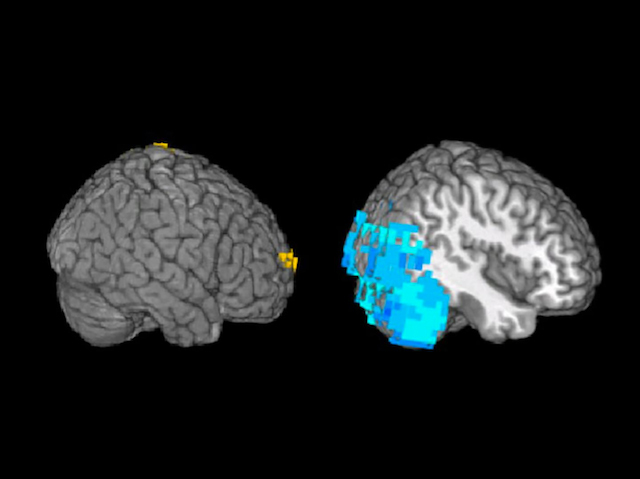 Primary progressive aphasia (PPA) is an unusual form of dementia that specifically affects the language-processing parts of the brain. Unlike other dementias, such as Alzheimer’s disease, in which memory loss is a defining characteristic, in PPA, degeneration in the brain’s language centres impairs the patient's ability to read, write and talk. Ultimately, most patients become mute and unable to comprehend written or spoken language. This image shows scans of brain activity (blue and yellow) during a language task in a healthy control (left) and a PPA patient (right). Interestingly, such scans have revealed that while neurological processing is slower in patients with PPA, in some cases non-related, healthy parts of their brains (blue) could compensate for the damaged regions. The findings suggest that despite degeneration, the brain can adapt to maintain function, and that interventions to bolster this compensation may be a future avenue for PPA treatment.