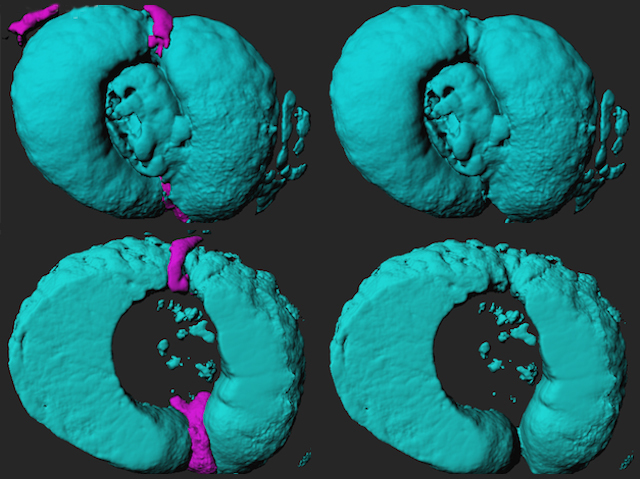 Growing an eyeball is a tricky task, and problems with any aspect of the process can cause blindness. By studying a rare form of childhood blindness called superior coloboma – characterised by a gap in the upper part of the iris – scientists have discovered a previously unknown structure in a growing eyeball that forms and then vanishes at a particular point in development. These images show a structure called the optic cup in a zebrafish embryo – this structure will eventually form the eyeball, and it develops in the same way as a human eye. The pink tube is a blood vessel fitting into a newly-identified groove called the superior optic sulcus. Both the vessel and groove are temporary fixtures, normally disappearing later on in development. But certain genetic faults mean that the gap fails to close properly, causing the same kind of eye problems found in children with superior coloboma.