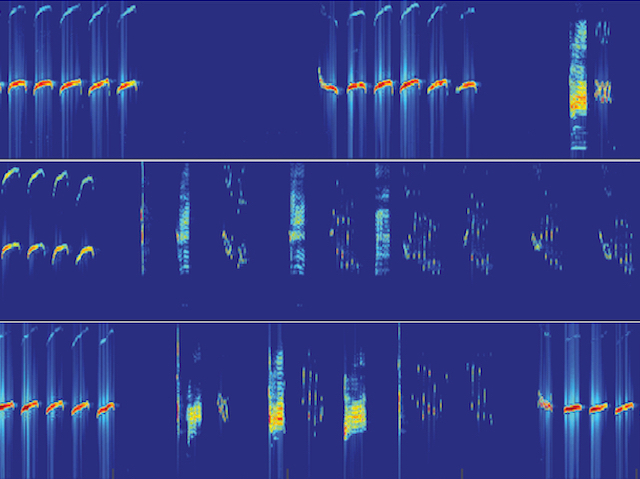 Speech is controlled by the brain, which forms thoughts into words that come out of our mouths. Babies learn to speak by making babbling sounds that gradually turn into proper words over time as their brains develop. But researchers studying baby marmoset monkeys have discovered that the developing body also plays an important role in helping these animals learn to ‘talk’. These audio traces represent the babbling sounds made by a ten-day-old marmoset (bottom) – controlled ‘trills’ on the left and right and immature noises known as ‘phees’ in the middle. By four weeks the immature sounds are mostly gone (top), and more trills are made. The middle trace is from an older animal breathing helium mixed with oxygen, which reverses the lungs to a more immature state. The immature phee sounds are back, suggesting that the changing vocal noises are due to the body growing rather than the brain maturing.