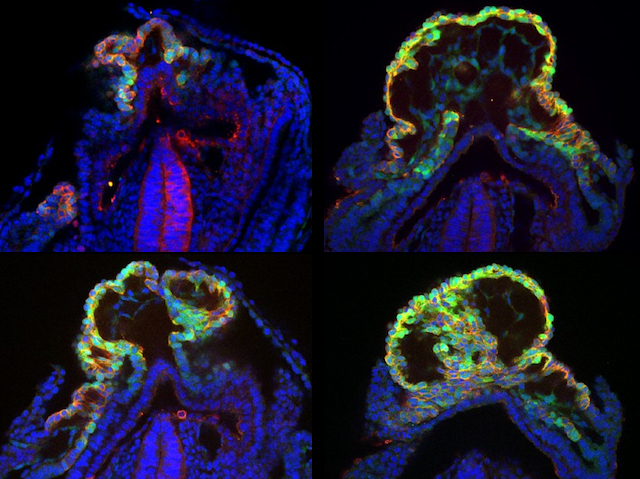 Your heart pumps around 6000 litres of blood around your body every day. This powerful muscle begins life as a tube made from cells called the first (FHF) and second heart fields (SHF). Researchers imaged sections through the developing mouse heart (pictured) to probe what these cells get up to, from early stages of constructing a primitive structure called the cardiac crescent (red cells) to the production of specialised cardiac tissue (green cells). Fluorescently labelling and live imaging FHF and SHF cells revealed three phases dominated by different activities – differentiation, where cells become specialised, and morphogenesis, where cells organise into shapes. First, FHF cells rapidly differentiated and formed the cardiac crescent. Next, differentiation stopped and the crescent transformed into a heart tube. Finally, differentiation picked up again as SHF cells became specialised. Differentiation and morphogenesis therefore take turns in a coordinated dance to construct the beginnings of a heart.