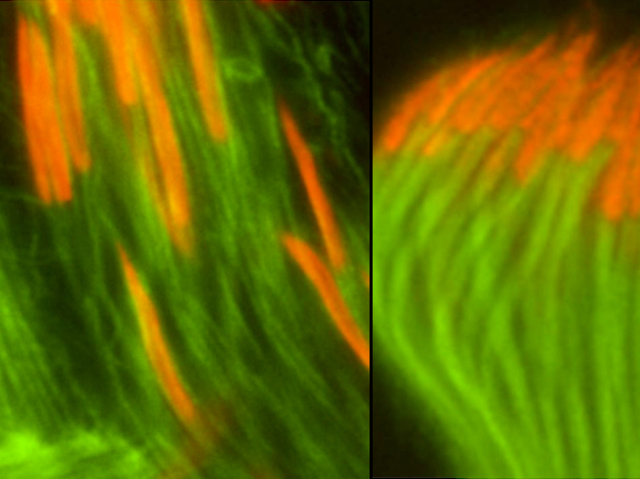 There’s not much to sperm cells. They consist of a head, which contains the genetic payload, and a tail, which accelerates the cell toward the awaiting egg. Nevertheless, they can, for a number of reasons, go wrong. The fruit fly sperms pictured on the left, for example, have a tendency to lose their heads (orange). They lack a protein called centrobin that's well known for organising cellular scaffolding during cell division, but that has more recently been found to organise protein assembly in sperm too. The mutant protein disrupts proper tail formation and weakens the head-to-tail link such that it is easily broken. Importantly, centrobin is highly conserved across the animal kingdom, including humans. And, delicate sperm prone to decapitation is a known cause of sterility in men. Continuing such research in flies, then, may one day lead to treatments that can tackle male infertility head-on.