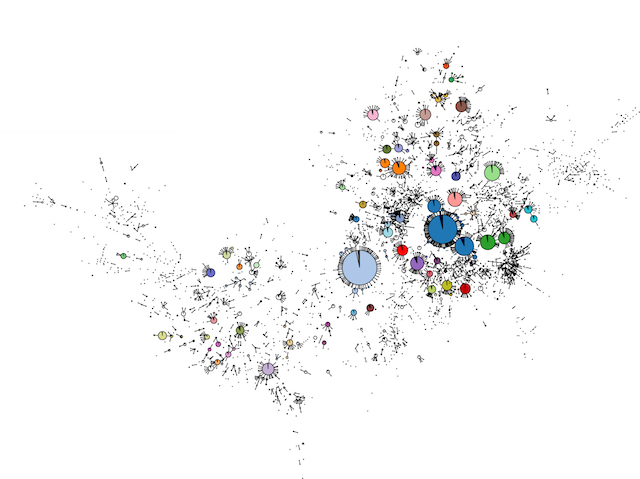 While some forms of Salmonella enterica cause gastroenteritis, others bring typhoid fever. There are thousands of different strains and comparing differences in their genes could help to pin down the harmful ones. The good news is that researchers around the world are already sharing this information as tiny pieces of Salmonella genetic material, known as short-read sequences. New software called EnteroBase assembles these chunks – about 10,000 reconstitutes a whole genome – allowing more sensitive comparisons than previous techniques focussed on a handful of genes. Here, pieced-together Salmonella genomes (coloured balls) are compared to strains discovered using an older method (black). In many cases the coloured and black blobs match up (linked by black lines), suggesting the newer, more accurate technique can be used from now on. Understanding the diversity of Salmonella enterica may eventually help epidemiologists to help in areas of the world most affected by typhoid.