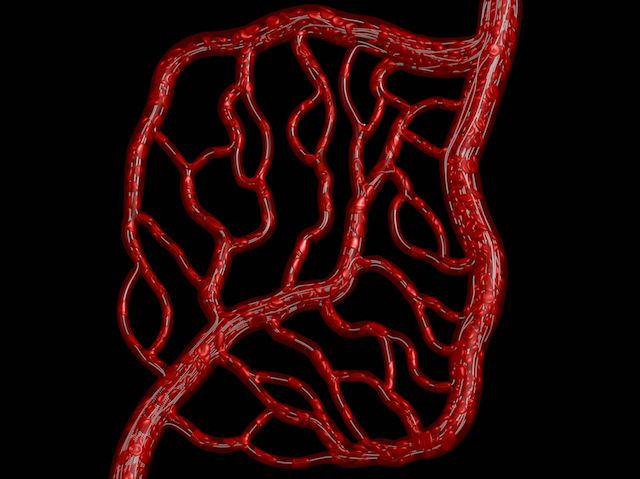 Blood is a mixture of commuting chemicals – waste substances like urea flow alongside useful ones like glucose, while white and red blood cells zip along in the current. Whenever vessels branch apart at junctions, blood cells face a 'choice' – flow equally down each path, or pick one over the other. This mathematical model simulates red blood cells entering a web of tiny capillaries, full of such branches. It predicts the cells often switch between even and uneven flow through the same network of vessels, guided on specific paths by how bunched together they are at junctions or by changes in the 'traffic' along one route compared to another. Understanding the physics of restricted blood flow through the body’s vessels (known as ischemia) has implications for preventing heart attack or stroke, while this model is also being used to predict how drug particles disperse effectively around the body.