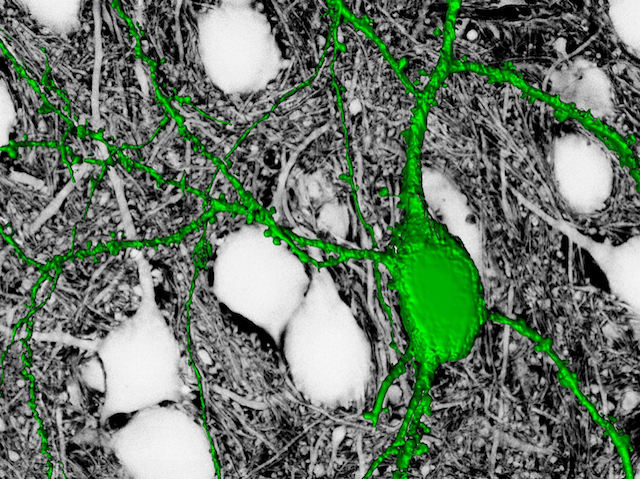 There’s more to a brain than just nerve cells: as well as billions of neurons, there are plenty of supporting cells called glia. But there’s also the space in between them all – the extracellular space. Thanks to a new microscopy technique known as SUSHI (super-resolution shadow imaging), researchers can finally see how brain cells fit together and what the gaps between them look like. This image shows living cells in a slice from a mouse’s brain, which have been stained with a fluorescent dye to reveal a single, twisting neuron in a forest of other cells. The extracellular space shows up as black fluid-filled pockets, which contain the electrically charged particles and chemicals that nerves rely on to function properly. By revealing the structure and activity of living brain cells in unprecedented detail, SUSHI is providing valuable insights into how such a complex organ is put together.