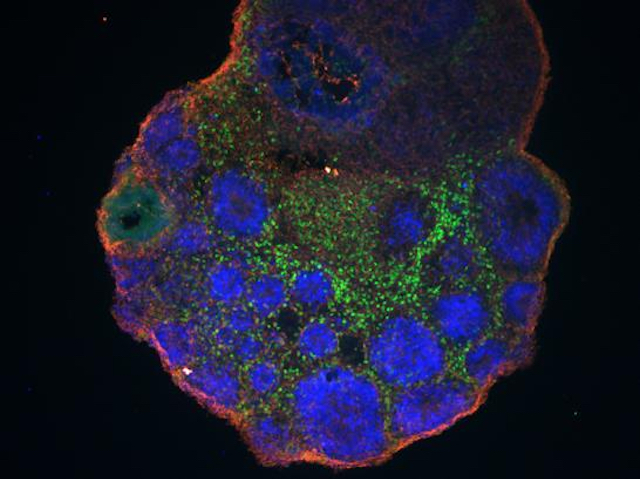 Probably the biggest difference between humans and our primate cousins is the size of our brains. The human neocortex is about three times larger than that of a chimp, and now researchers have identified three new genes that might explain why. The three genes are actually newly evolved versions of another gene, NOTCH2, which primates share. NOTCH2 is known to regulate the production of brain cells during development, so it’s believed the newly-identified human-specific versions – NOTCH2NLA, NOTCH2NLB and NOTCH2NLC – may have simply ramped up this production pathway, creating more brain cells. Aside from analysing the genomes of humans and primates, the researchers found these genes by searching for DNA sequences expressed in human but not primate cerebral organoids – cultured embryonic brain-like structures (pictured). The identification of the three NOTCH2NL genes not only provides insight into how our giant brains evolved, but may also shed light on certain brain development disorders.