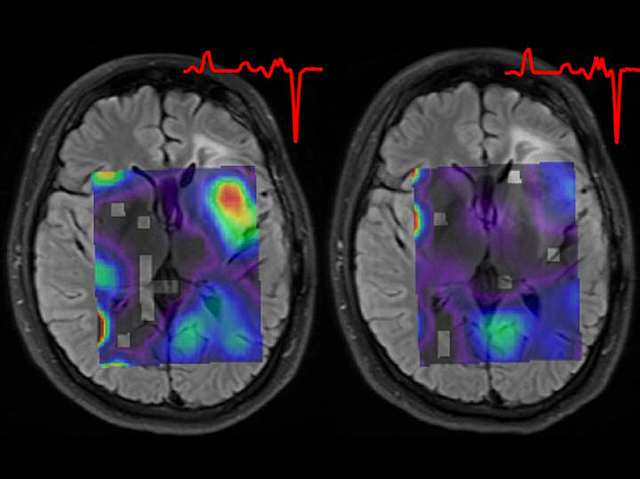 Tracking animals through a forest, the footprints and droppings they leave behind reveal their size, health and habits. And for doctors hunting tumours in the body, the molecules and materials they produce provide important clues. For example, assessing gliomas – deadly brain tumours – is tricky, so a new approach is using magnetic resonance spectroscopy to visualise their metabolic, rather than structural, properties. By revealing the presence of a substance often produced by tumours, the scans can monitor its activity and response to treatments. For example, after just one week of an experimental treatment, the amount of 2HG – a molecule known to initiate and boost tumour growth, orange in these brain scans – produced by a patient’s glioma was dramatically reduced (right). Similar scans also showed reductions in other tumour outputs, suggesting the treatment is reprogramming its activity, and highlighting the value of this new tracking tool in the tumour hunter’s arsenal.