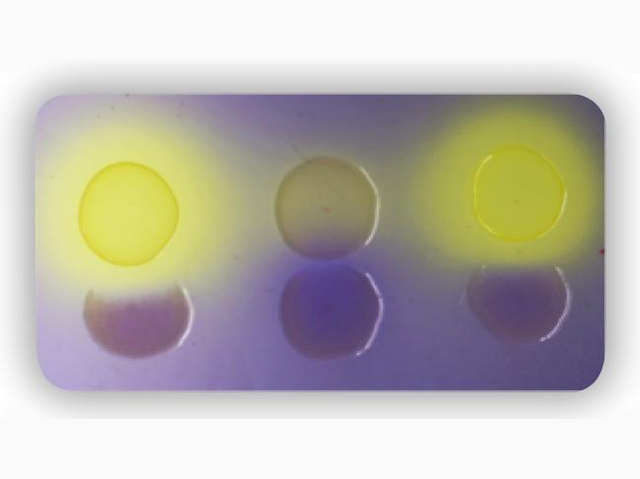 Cholera bacteria are very happy in the human small intestine. They proliferate wildly, spew out toxins and have a merry old time at the host’s expense. Indeed, the severe diarrhoea caused by the bugs kills up to 143,000 people each year. But, if Lactococcus lactis – a harmless bacterium found in cheese – gets to the intestine first, they can ruin the party for cholera. L. lactis colonies (top row) produce lactic acid (yellow) that suppresses the growth of cholera colonies (bottom row) – the middle L. lactis colony is a mutant unable to produce the acid. In mice, it’s been shown that swallowing L. lactis together with cholera bacteria improved the animals’ chances of survival. While eating cheese is probably insufficient to fend off cholera in people, if these results do translate to humans, it suggests that using L. lactis as a probiotic might compliment existing cholera prevention measures and treatments.