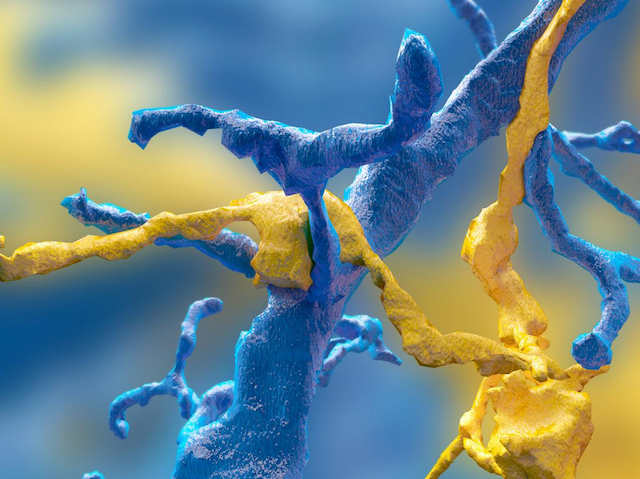 Thanks to high-powered microscopes, researchers are now able to spy on individual nerve cells (neurons) and map out the connections between them. But that’s a tricky and painstaking task if you’re dealing with 100 billion neurons and 100 trillion connections in a whole human brain. To speed up the process, scientists have called in help from a quarter of a million video gamers to map out the twisted connections between more than 3,000 nerve cells. They’re playing Eyewire, a game using real imaging data gathered from a small sliver of nerve tissue taken from the back of a mouse’s eye. So far the players have discovered several entirely new types of cell and made detailed maps of connections between neurons, including this one between a ganglion neuron (blue) and a starburst amacrine cell (yellow), showing that you don’t have to work in a lab to help out with vital science.