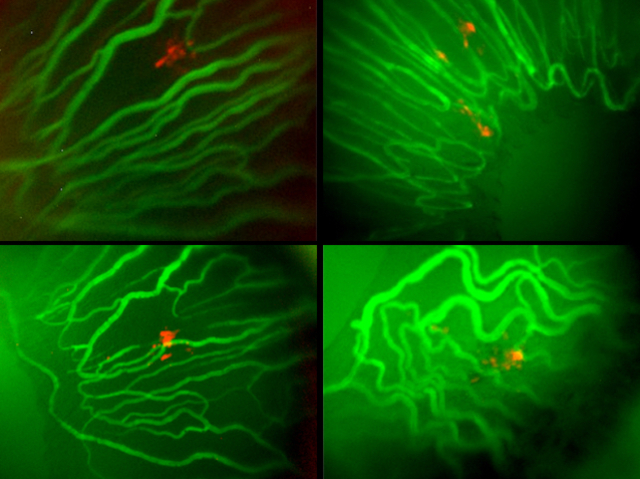 All around the world, humans are at risk from outbreaks of viruses such as Ebola and Zika. In order to understand more about how these infections spread, researchers want to know whether the viruses can lie dormant in the body, becoming reactivated and causing disease at a later date. To find out, they’re studying a harmless but widespread virus known as cytomegalovirus (CMV), which infects up to 90 per cent of the population but doesn’t cause any symptoms in healthy people. It turns out that CMV (red) lurks amongst the blood vessels (green) in the iris of the eye – an organ that's usually resistant to viral attack – and can be reactivated more than two months after the initial infection. Not only does this suggest that CMV infection could be responsible for causing eye problems, but it also reveals a potential hiding place for more deadly viruses.