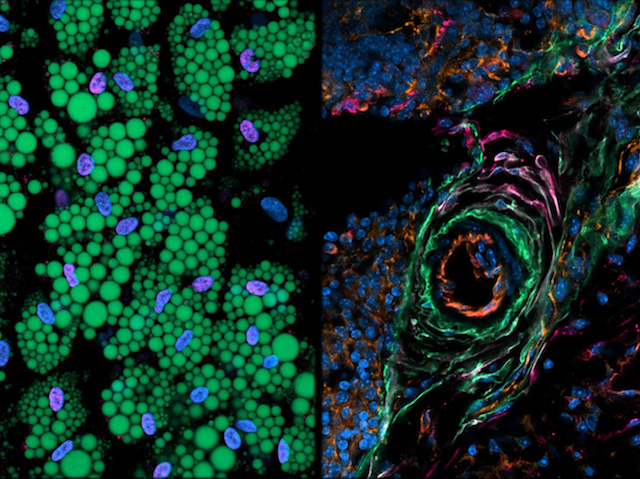 On the left, mature human fat cells grown in a dish in the lab. On the right, a slice of tissue from an adult mouse, showing a blood vessel (red) surrounded by supporting cells. These samples may look very different, but some previously unknown cells lurking around the outside of the blood vessel – highlighted in pink – have now been shown to play a vital role in preventing fat formation (adipogenesis). Fat cells (adipocytes) store energy so we don’t starve when times are tough, but having too much fat increases the risk of health problems including heart disease, diabetes and cancer. These newly-discovered cells, known as adipogenesis regulatory cells, stop precursor cells from developing into fully-formed adipocytes, and have been found in human fat tissue as well as in mice. Finding out how these regulatory cells suppress fat formation could lead to new ways to fight the flab in the future.