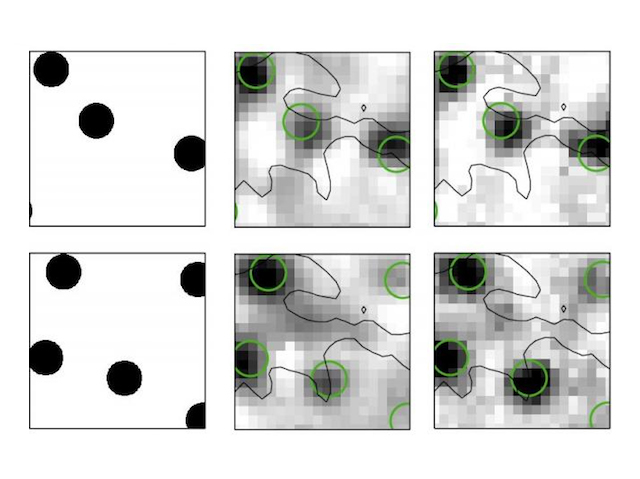 Back in the Victorian era, forensic scientists believed that the last image a person saw before their death would be captured on the retina at the back of their eyeball. While this idea proved to be useless for solving crimes, there’s still a lot of interest in using modern techniques to decode what we see based on the activity of the nerve cells in the retina. Here, researchers have analysed the signals produced by a small patch of around 100 nerve cells in a rat’s retina as the animal watches a pattern of black dots moving on a white background (left panels). Using a complex computer algorithm, the scientists have decoded the signals to reproduce a short movie of the moving dots (right) with greater accuracy and definition than previous methods (middle). It’s not exactly HD TV, but it’s a step forward in understanding how the visual system processes information.