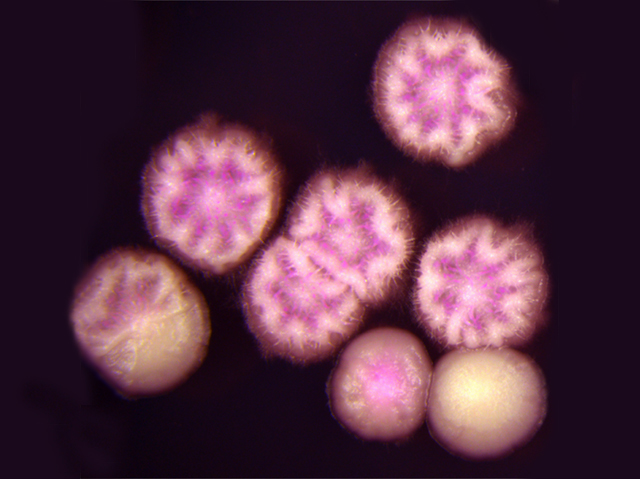 These colonies of Candida tropicalis cells may look innocent, but they turn out to have an unusually exciting sex life (for a yeast, at least). C. tropicalis causes infections of the skin and other parts of the body and was thought to only reproduce asexually, with each cell dividing in two to produce identical ‘daughters’. Researchers have now discovered that it can switch to one of two different ‘sexes’ for reproduction, highlighted in pink or yellow in this image. Intriguingly, the cells prefer same-sex mating, unlike many other yeasts. Even more strangely, they will only mate with the opposite sex as part of a mixed threesome, producing a lot of genetically diverse offspring. There’s a growing problem of drug-resistant C. tropicalis infections, particularly in people with AIDS or certain types of cancer, so finding out more about how they mix up their genes could help improve treatment in the future.