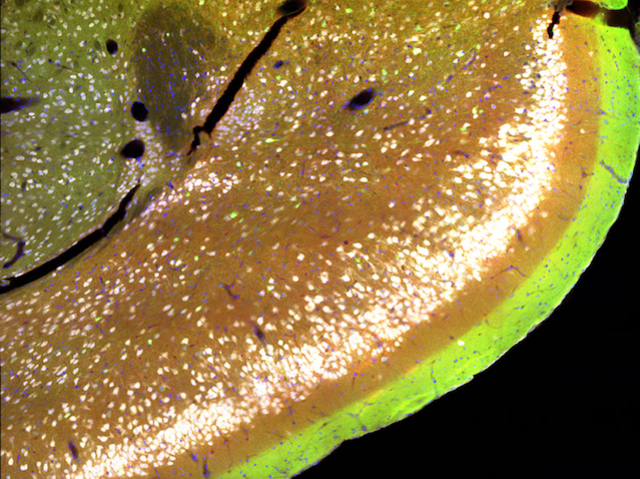 The brain’s nerve fibres can sometimes look a bit jumbled up, like a mesh of wires that badly needs tidying. In particular, the fibres that ultimately connect our nose to the part of the brain that interprets the smells we encounter (shown here as green, red-brown and white layers) have long been thought to be a bit disorganised. However, scientists have recently shown how this chaotic arrangement is actually what helps mice distinguish between similar odours. Rather than each ‘wire’ being responsible for a particular smell, the team found that they carry signals from many different smells. Mice can differentiate between odours because the pattern of signals carried in these nerves is distinctive for each smell, leaving a unique odour 'fingerprint' on this part of the brain. Perhaps there’s method in the madness of brain fibres after all, and that seemingly random connections may be more organised than we originally thought.