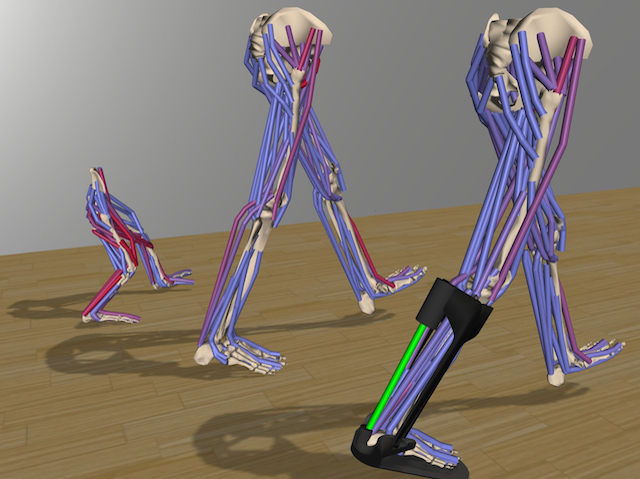 Walking might seem like one of the simplest activities, but it’s an incredibly complicated interplay between muscles, tendons and bones. To get an insight into how everything works together, researchers have developed sophisticated open-source software that can turn data from real human and animal movements into computer models than can be manipulated and monitored much more easily than flesh and blood. These pictures show a chimp (left) and human (centre), while the model on the right has been given a support splint. Not only does the software reveal more details about healthy movements in humans and other animals – even predicting how extinct species might have moved – it’s aiding the development of innovative treatments and rehabilitation therapies such as surgery or prosthetics. For example, it’s been used to inform the development of a robotic device to help long jumpers and revealed new ways of preventing ankle injuries in athletes.