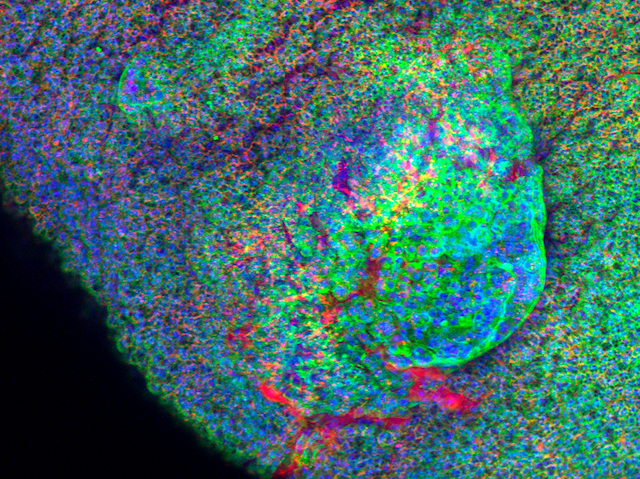 Living organisms need a constant supply of new cells in order to grow to the right size, repair wounds, and replace old or damaged tissue. But too much cell proliferation can quickly lead to cancer. One of the most important genes involved in controlling size and cell growth is called Hippo, which gets its name because fruit flies lacking the gene become abnormally large and wrinkly, like little hippopotamuses. Hippo is found in a wide range of animals, from humans and other mammals down to tiny flatworms, and faults in the gene have been implicated in cancer. This bulging mass is a tumour on the side of a flatworm’s body, caused by switching off Hippo in a small group of cells. It proves that Hippo plays a vital role in controlling cell growth in the worms, suggesting what it might be doing to protect against cancer in more complex animals.