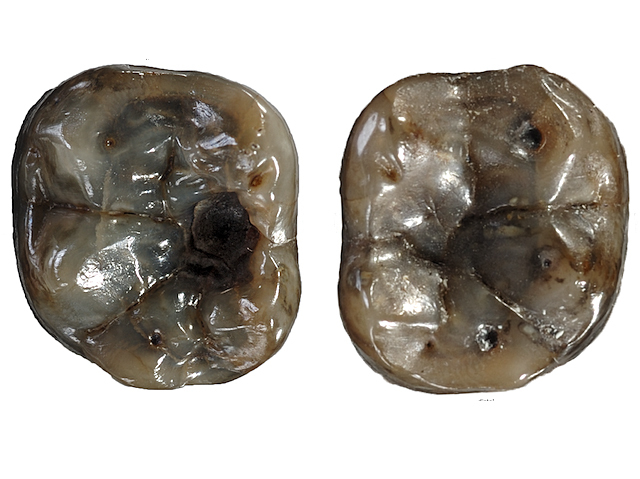 Tooth decay - even a problem for hominids now long extinct

You might think that tooth decay is a modern problem caused by munching on too many sweets, but here’s some evidence showing that dental problems resulting from sugary snacks go back much further. These fossilised molars come from a human-like ape called Dryopithecus carinthiacus, which lived around 12.5 million years ago in an area that’s now part of Austria. The tooth on the right is pretty healthy, but the one on the left has a large hole. This is the oldest known example of tooth decay caused by sugars in the diet, known as dental caries. These holes are typically seen in people who eat a lot of sugar – much more than the amounts found in the diets of modern chimpanzees – so it seems likely that these ancient creatures had a sweet tooth and year-round access to sugar-rich fruits and honey gathered from the lush forests in which they lived.