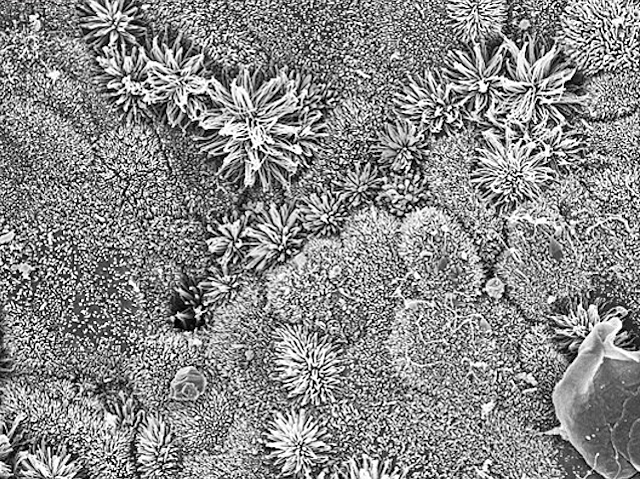 Most toddlers find endless fun in whirling around until they’re dizzy. But when dizziness strikes unexpectedly in old age it’s quite the opposite. One cause is the loss of hair cells in a part of the ear called the vestibular epithelium. Researchers investigated whether support cells in this epithelium could be coaxed into becoming hair cells by adding the gene ATOH1, as had been achieved in mice. Human vestibular epithelium was treated with a drug to destroy the hair cells. The support cells were then genetically manipulated to add ATOH1. Genetic analysis showed hundreds of hair cell genes were now switched on in these cells. Imaging them using electron microscopy revealed hair cell-like projections had sprouted from their tops (pictured). ATOH1 does seem able to kickstart the transformation of human support cells into hair cells. Research continues in the hopes of creating fully functional hair cells to treat balance disorders.