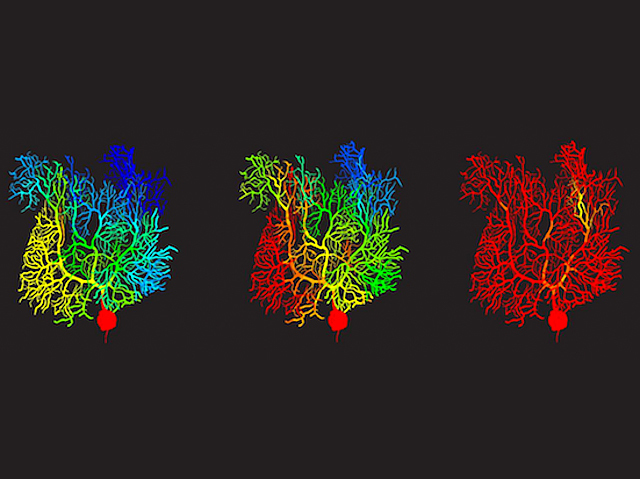 Our brains thrive on communication. Connections between neurons fine-tune signals zipping between brain areas, ultimately guiding everything we do. Tree-like Purkinje cells are the master communicators of the cerebellum, where their many connected branches help to coordinate precise body movements. These virtual Purkinjes, from a new computer model, predict how real cells react when nearby brain structures called climbing fibres (not shown here) turn them ‘on’. The model predicts this isn’t a simple on/off switch, though, but a sort of volume dial. Ramping up the electrical input (from left to right here) fires up an increasing number of the Purkinjes branches. These predictions fit with real experiments from all over the world. The idea of controlling brain signals sensitively, rather than just 'on' or 'off', already has researchers racing to explore the implications for development and disease.