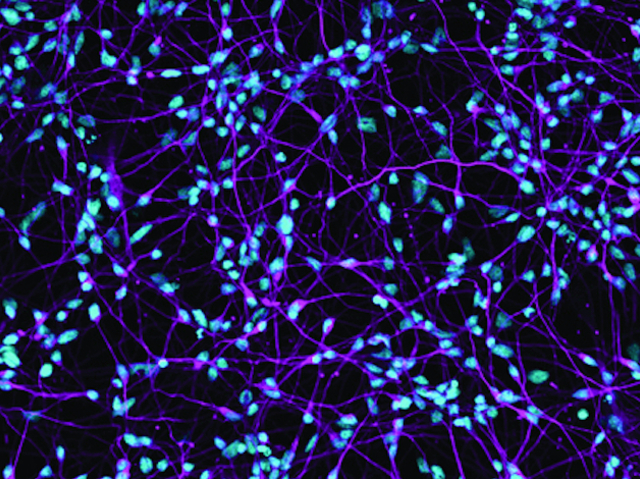 In Parkinson’s disease accumulation of a toxic protein called alpha-synuclein (a-syn) causes problems with movement and mental abilities. Now researchers have developed a new way to identify genes that could be activated by drugs to reduce its levels. A-syn builds up over time to form damaging clumps and tangles inside brain cells. The team’s approach allowed them to screen the activity of over 7,500 genes to see if any affect the levels of a-syn. They identified 60 candidates and narrowed it down to six. They then tested whether altering the activity of these six genes could indirectly reduce a-syn levels in fruit flies, mice and human brain cells grown in the laboratory. Pictured here are the human cells labelled to show their centre (light-blue) and tube-like structures (microtubules – purple). The research suggests that treatments that target these genes may be able to halt a-syn build-up and slow disease progression.