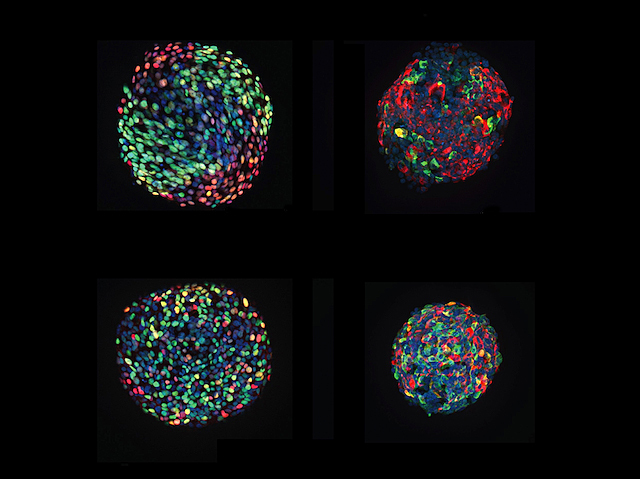 Years of piling on the pounds and avoiding exercise are risky behaviours when it comes to developing diabetes. But a different and rare form of this disease can also strike at birth. Neonatal diabetes is sometimes caused by mutations in the insulin gene that affect the insulin-producing, beta cells of the pancreas. Researchers investigated further using stem cells created from people with these mutations. Using a genetic technique called CRISPR these mutations were corrected in some stem cells which were then grown in chemicals that turned them into beta-like cells (pictured), as confirmed by fluorescent microscopy of different markers for pancreatic cells. Analysing RNA molecules in both the mutant (top) and corrected (bottom) cells revealed that mutant cells were stressed and divided less. Following transplantation into mice, mutant cells weren’t any more likely to die than corrected cells but they did make less insulin, hinting at what goes wrong in neonatal diabetes.