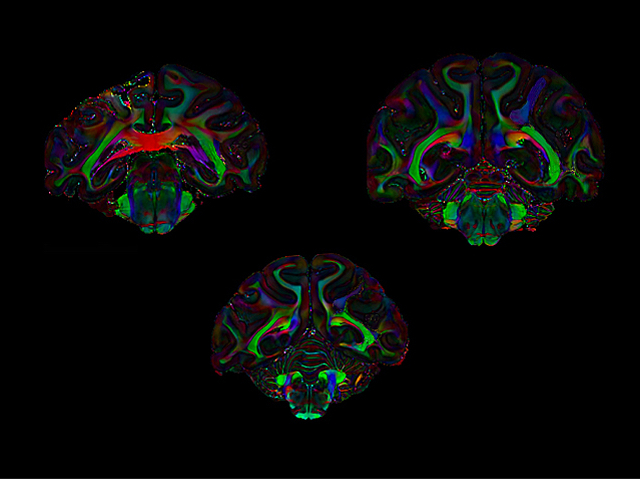 Are you paying attention? Good because we’re about to dive into how you do that. Two areas in the upper half of the brain, specifically in the parietal and frontal lobes, are established as important for attention. Recent studies in macaques [species of Old World monkey] have implicated a third region, the posterior infero-temporal dorsal area (PITd). However, the PITd is in the lower half of the brain. Researchers now investigate if and how the PITd connects to the other two regions by imaging macaque brains using diffusion tensor imaging (DTI) (pictured). DTI detects nerve tracts in the brain and revealed that the PITd is indeed directly connected to the two other regions involved in attention via three different tracts. As humans have a brain region equivalent to the PITd, the stage is set to find out if it too is involved in attention, expanding our understanding of the brains’ attention network.