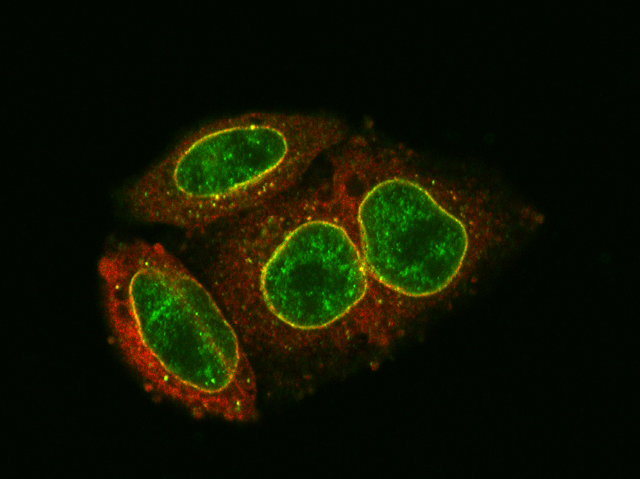 HIV infection is a complicated business. Not only does the virus have to get into the bloodstream – for example, through unprotected sex or sharing dirty needles – it must also insert its genetic material into the DNA inside the nucleus of immune cells in order to replicate and spread within the body. However, our cells are not completely defenceless against this attack: researchers have discovered that a group of protective proteins form a barrier around the nucleus, stopping the viral genes from getting in. Two of them – MX2 (red) and NUP214 (green) – are highlighted in this image of human cells grown in the lab, teaming up to form a protective yellow ring around the cell nucleus. Figuring out how to boost or mimic this internal protection against HIV could be a powerful approach for preventing infection in the future. As a nightclub bouncer might say, “Not tonight, you’re not coming in!”