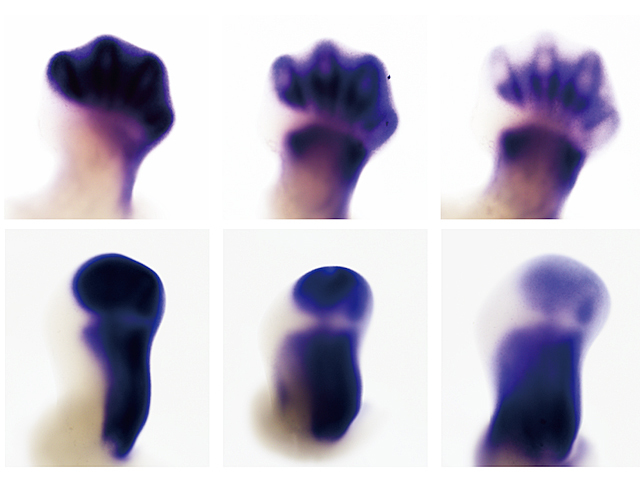 Although they might look very different on the surface, a chicken and a mouse are surprisingly similar under the skin. Both are tetrapods, meaning that they have four limbs, although birds have wings rather than front legs, and the same cluster of genes controls the growth and development of wings and legs in both animals. These pictures show the activity of three of these genes, known as Hox genes, in the front leg of a mouse embryo developing in the womb (top) or the wing of a chick growing inside an egg (bottom). Crucial differences in the switches that turn Hox genes on and off control the patterns of gene activity in each species and the resulting limb shapes. Intriguingly, one switch is much more similar in chickens and bats than bats and mice, suggesting that it might be responsible for generating wings in birds as well as flying mammals.