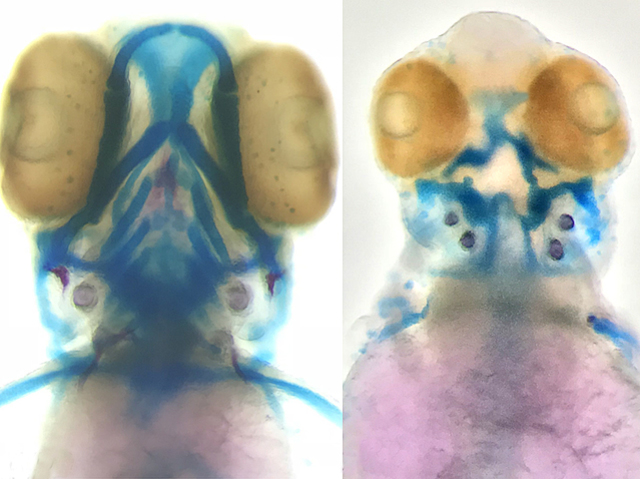 On the left, the head of a healthy zebrafish embryo, four days after fertilisation, with developing bones stained pink and cartilage dyed blue. On the right is another embryo at the same stage with a fault in a gene called Kmt2d. The same genetic change is found in around seven out of 10 patients with Kabuki syndrome – a hereditary condition that causes a range of problems including microcephaly (having an abnormally small head) as well as defects in the mouth, ears and heart. By carefully comparing these altered zebrafish with their unaffected siblings, researchers have discovered that the animals with faulty Kmt2d also have unusually high levels of a cellular signalling molecule known as Notch. Treating the embryos with drugs that block Notch signals counteracts the problems caused by the genetic change, suggesting that a similar approach could be used as a treatment for Kabuki syndrome patients in the future.