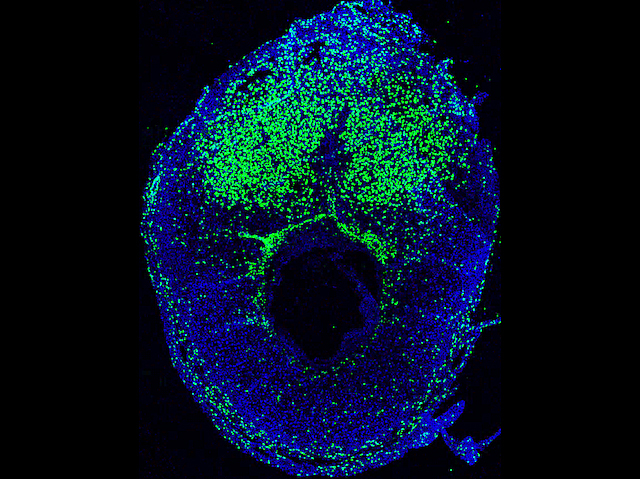 Stem cells from bone marrow have a role in pregnancy

There’s more to making a baby than embryonic cells. This image shows a cross-section through a mouse’s womb, around halfway through pregnancy. The bright green speckles are stem cells that originally came from the bone marrow but have been recruited into a tissue known as the decidua, which plays a vital role in helping the developing foetus to implant into the womb and supports it as it grows. These bone marrow cells were already known to transform into blood or other tissues, but this is the first time they've been shown to have a role during pregnancy. Mice with a faulty version of a gene that's active in bone marrow cells are unable to become pregnant but can conceive after receiving a bone marrow transplant from unaffected mice. The results may help to explain why some women have recurrent miscarriages and point to potential ways to save these pregnancies in the future.