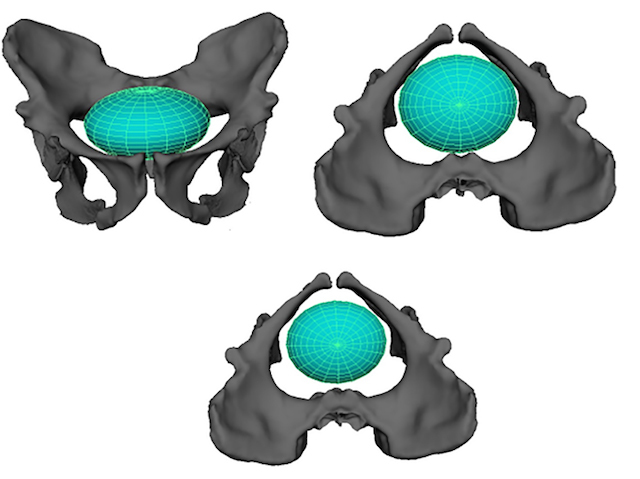 During birth, a human baby has to twist around and squeeze its relatively large head and shoulders through mum’s pelvis on its journey to the outside world, often needing assistance from a helper such as a midwife along the way. For our primate relatives, whose babies have smaller heads, the process of birth is much shorter and less arduous. So, when did things change, and why? One new clue comes from these computer reconstructions of the fossilised pelvis of our human ancestor, Australopithecus sediba, who lived nearly two million years ago. Although an ancient Australopithecus baby’s head entered the pelvis in the same way as a human infant, there’s more space. This means there’s no need for the complex twisting manoeuvres of modern childbirth. By comparing this reconstruction with older fossils and modern mothers, researchers are starting to build up a picture of how the mechanics of childbirth have evolved.