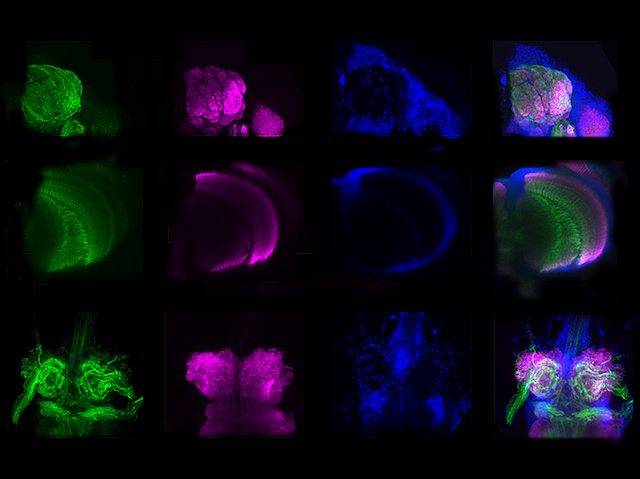 Contrary to what you might expect, the fruit fly seizure gene normally prevents nerve cells from becoming over-excited and triggering seizures. But when the gene is faulty, flies suffer from stress-induced seizures. Humans also have a version of seizure known as hERG, and people with a fault in the gene have a higher risk of a heart problem called long QT syndrome, which causes an irregular heartbeat, fainting, seizures and can even be fatal. By carefully studying seizure in fruit flies, researchers have found that faults in the gene affect the insects’ brains but not their hearts. These images show various parts of the fly brain, with cells where seizure is active highlighted in green and other types of nerve cells coloured pink and blue. The results suggest that seizures associated with long QT syndrome may be due to the lack of hERG in the brain, rather than the heart.