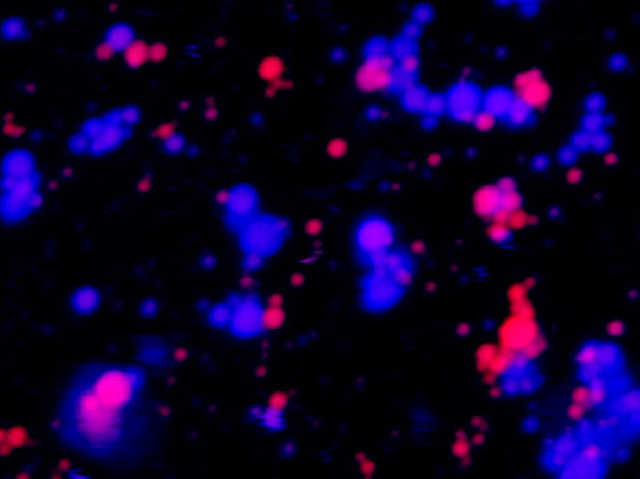 Add droplets of one liquid into another and you expect them to mix. But these rules of mixology don’t apply inside human cells. The fluid inside cells, known as cytoplasm, is full of tiny liquid droplets like these. They’re membrane-less organelles (MLOs), packed with proteins and RNA molecules, which play a vital role in organising and carrying out the complex biochemical processes of life. But until now, it’s been as mystery as to why MLOs stay as separate small structures, rather than combining together to form bigger droplets or simply dissolving. Researchers have discovered that the presence of certain ‘sticky’ proteins and RNAs in the droplets gives them a gel-like consistency, making them more likely to stay solo. One of these sticky molecules is associated with the neurodegenerative condition amyotrophic lateral sclerosis (ALS), providing an intriguing clue as to what might be going wrong inside cells as the disease develops.